Majorca / Mallorca in March- The Best Things to See and Do

Mallorca in March is a great moment for a visit. Things are still quiet but still there is plenty to do and to visit. There is no guarantee of having the sunny days you might have over the Summer, but this is compensated by the peace and quiet of the off-season. There is less going on, with still Winter bus timetables, some beach bars and restaurants still closed and building works going on to get everything ready for the Summer season. Despite all of that, you can explore the island and find many things to do and places to visit. Here is our guide to Mallorca in March:

In March is no warm enough to sunbathe lying on the beach for a few hours, but it is nice to enjoy the sunshine on a seaside walk or by a bar close to the beach. The water is also cold, around 14 degrees.

March sees the arrival of the Spring with pleasant temperatures during the day time, and dipping to 10 degrees at night. With that in mind make sure to bring different clothes for day and night time.

Mallorca Holidays and Events in March

March is a quiet month in term of events and fiestas in Mallorca. Still, there are some good suggestions below. On our selection we have included :

Day of the Balearic Islands It is the official holiday of the Balearic Islands day that commemorates the date on which the autonomy statute of 1983 came into force. It is celebrated on March 1, and is considered a holiday in the entire Balearics. During these days different activities are organized in Mallorca. Starting on February 28, you can already enjoy some of the events and experiences. They do guided visits, music concerts, a large artisanal market in Palma. At the official page of the Balearic government they update all the activities.

This is a great option for foodies. This street food event has been taking place since 2007 in Port Adriano, a luxurious marina close to Santa Ponsa where they promote cultural and participative activities in Mallorca. On this street food you will find many vintage caravans and food stalls offering all sorts of foods from all over the world. You can find vegetarian dishes, Japanese Ramen, cakes, the Spanish “pintxos”, burguers… There are also different kids’ activities on the programme with face painting, clowns and kids entertainment.  With also live music, this is a very good event to see in Mallorca in March.

Easter is getting close, and a few weeks before, we have the opening of the Fira del Ram in Palma. It is an annual funfair that takes place in Son Fusteret, just before to get to Palma. You will find many attractions such as thrill-seeking rides, ferries wheel, stalls… It is open during the weekdays from 17:00 to 00:00, and on the weekends there is a longer timetable. Very popular with families with children and teenagers. The Fira del Fang (Clay Festival) takes place in March in the village of Marratxi. This fair is devoted to pottery and ceramics which are quite popular in this village of Portol and look back on a tradition of more than 300 years. 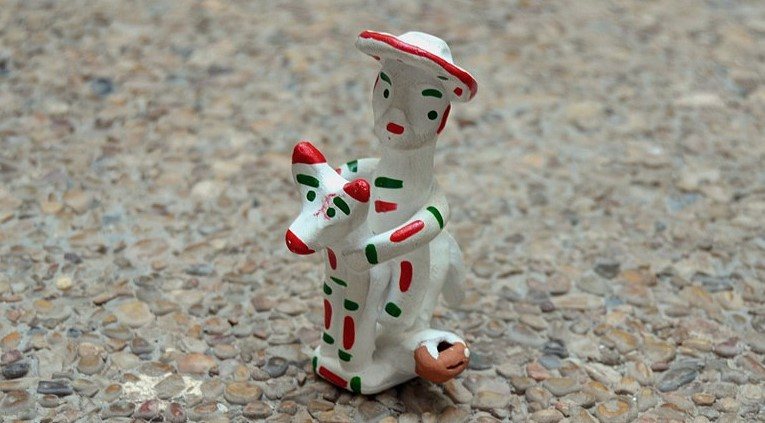 If you visit the fair, you can see live demonstrations, performances of regional folk dancing and many stalls of local craftsmen. It is a very good opportunity to buy some souvenirs to take home. For example, the “greixoneres” or clay pots which are lacquered inside and used for doing many dishes in the oven such as stuffed aubergines or the “sopes mallorquines”. Another interesting souvenir is the “siurell”, an old clay whistle of the peasants with the figure of a man, a devir or an animal.

What to See and Do in Mallorca in March

It is still an ideal time to explore the island by car, and to visit some villages, to see how quiet the resorts are, to walk on the beach and to enjoy the city of Palma.

There are not many tourist attractions opened yet, as they normally wait for the start of the season in April. Some of the places you can visit are the Caves. There are 5 caves in Mallorca and they are open all year round. The most know caves are the Caves of Drach situated in Porto Cristo. They have limited timetable in March, with less visits as in Summer season. The visit takes an hour and it includes a boat trip and music concert. You can combine the visit with a walk in Porto Cristo and a visit to the nearby watchtower.

For those, who like the idea our experts prepared the Porto Cristo Visiting Guide:

In this tour guide we have prepared a list with suggestions, places to see, beaches and tourist attractions in Porto Cristo, so you can discover what this beautiful place in Mallorca offers its visitors...

If you are a family with kids, Palma Aquarium is the option. It remains open all year round, and there is plenty to see and to do there. You can find the useful planning info in our experts guide below:

In June 2018, it has been awarded by the Trip Advisor website as one of the best tourist attractions of the year! In this guide we would like to share a lot of important information, so you can plan your amazing visit.

If you are a boat trip fan, the only option in March is a one-hour boat trip around the port of Palma.

Since it began in 2005, the Rally Classic Isla de Mallorca is one of the best-known classic rally events in Europe, and a must to see. Rally drivers from over Europe take part on it during 3 days, and it is a great combination of nice cars, amazing locations and good fun. There are different tracks, but probably the most spectacular track is the road to Sa Calobra. You can combine to watch it with a driving in the Tramontana mountain area. We also recommend you to visit Puerto Portals, the base camp and where the cars are based, to see the atmosphere and the classic cars.

Route around the Tramuntana mountain area

In March the roads are quiet in Mallorca, and this can be a perfect opportunity for a drive in the mountain area. The rent a car prices are also cheaper than on other months, and you can get great deals. There is a lot to see in the Tramuntana area, which is Unesco world heritage. Our recommendation is to schedule your route in different days, for example: Formentor is one of the most visited areas of Mallorca. There is many interesting things you can see and places to visit...

Cycling is hugely popular in Mallorca and the island’s scenic routes attract large numbers of biking visitors during the, cooler, low season. Indeed, professional teams from all over the world train on the island each year. Mallorca has a grand velodrome – Palma Arena – which is being renamed Velòdrom Illes Balears. As a matter of curiosity cycling arrived in Mallorca. 150 years ago. In 1869, a banker named Ernesto Canut bought a bike in France and brought it over to the island. From that year on, the sight of bikes on the roads of Palma became increasingly common. In 1892 the first race took place in Felanitx, which boasted the first ever velodrome. The following year, Palma had its first such facility – it was in Son Espanyolet. On August 10, 1903 – in time for the annual fiestas – the El Tirador velodrome was opened. It was to mark the first real breakthrough for competitive track cycling. The Spanish championship was held at El Tirador on a number of occasions. There were to be more velodromes all over Mallorca. Algaida, Llucmajor, Pollensa, Santa Maria, Sineu; they all had tracks. One by one, they disappeared. El Tirador closed in 1973, but parts of it remain. It is now being remodeled, along with what used to be a greyhound track, as part of the major scheme for an urban forest in the city centre.

We hope you have found this article about Mallorca in March useful, and that it helps you to plan your travel to Mallorca. If you liked the article, please share it on facebook so other travelers can see it. If you have some extra suggestions for March in Mallorca, leave us your comment and we will add it to the article.

Tours and activities in Mallorca